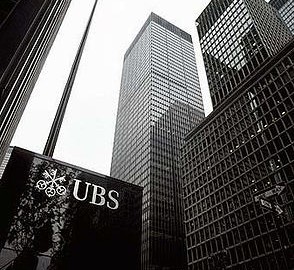 THE TRUTH ABOUT THE UNITED BANK OF SWINDLERS

This is the story of a case that is a catalogue of disaster, mismanagement, and incompetence by the United Bank of Switzerland (UBS AG), the world’s largest, most powerful private banker, Switzerland’s leading bank.

The case involves evidence of fraud and deceit, and demonstrates startling absence of honesty, integrity, and good faith by UBS employees, and UBS itself.

The evidence show, not only fraudulent conduct by the bank in the first place, but deliberate destruction and concealment of evidence. And, most important of all, persistent efforts by a number of UBS personnel, in making statements of untruth (perjury) before the Supreme Courts in England, and in Singapore. In what can be described as nothing short of wide ranging, unrelenting attempt to hide the truth from justice.

This site is dedicated to exposing the shameful and scandalous conduct of banking giant UBS AG. A bank which believes in its sheer size, power, and influence to defeat the righteous claims of investors. Investors who suffered as a result of its conduct and that of its employees.

A bank who has displayed every sign of disregard for the law, in a number of jurisdictions.

A bank who deliberately destroys documents at will. And behaves with the same ease and irrespective of the law, and it’s obligations toward the law when tampering with evidence and computer records. And management attitude toward clients, that is not only disrespectful, but also racist.

This is the ugly face of the United Bank of Switzerland. This is the real face of UBS AG.