THE TRUTH ABOUT THE UNITED BANK OF SWINDLERS 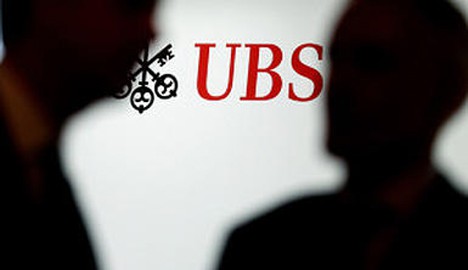 Our case against UBS, which lasted some seven years in both England and Singapore High Courts of Justice, was effectively frustrated throughout the Disclosure Process, by UBS refusal to abide by the law, and its disclosure obligations under the law, to produce various classes of documents we requested from the Bank.

At every opportunity in the proceedings, UBS alleged either destruction or non-existence of the great majority of the documents that were supposedly kept on file, or in archives, by UBS, according to UBS’ own Document Retention Policy. It is clearly stipulated in such policy, that various documents be kept by the Bank for a period of 10 years, or more. Particularly when it pertains to clients’ transactions and trading positions. Similar periods of 6-10 years are also within the requirements for banks falling within the jurisdiction of governmental supervisory bodies, such as IMRO, and BoE.

UBS knew, from the very outset, May 1997, that the Forex trades/transactions it carried out in the Forex market, on our behalf, were outright disputed! How can a world renowned, reputable financial institution like UBS, allege destruction, loss, or inability to locate core position-taking documents relating to a client transaction? A transaction that was hotly disputed the moment it was executed. We repeat, the “very” moment it was allegedly executed!

A focal point in the proceedings, was a request for disclosure by UBS, of UBS’ “Foreign Exchange Operations Procedures Manual”. Faced with UBS unwillingness to provide anything like a proper disclosure, and as we had no factual knowledge of the exact name (title) of such a manual, UBS seized on the fact and alleged “UBS has no such manual within its possession”. And “there is no such manual at the Bank”. We then proceeded to put forward different names, in search of the said manual. Yet all was to no avail.

Finally, we asked UBS to disclose “any” document that would help us and the court, explain how the Forex Desk at UBS operated. Again, true to its stubborn, yet perjurious stance, UBS maintained the position of “no Foreign Exchange, Forex, or FX operating procedures manuals can be located at the Bank”. And “we (UBS) confirm that we were unable to locate any Foreign Exchange manual within UBS London, UBS Zurich, Singapore, or any UBS branch, world wide!”.

A further point, in the most frustrating Disclosure Process ever witnessed by England’s Commercial Court (as so described by Leading Counsel in the proceedings) was the so-called DESY deal tickets, which UBS specifically produced for the purposes of the litigation. Those DESY deal tickets, allegedly show 3 types of FX trades conducted at UBS Forex desks. This is an issue which became another focal point in the proceedings, indeed it became ‘the’ most contentious point in the case.

As a Claimant we had the right to test UBS case in Defence. The essence of that right, as in every other court proceedings, was to know and understand the nature of the evidence in the defence. It was a perfectly ligitimate request, in hope of finding an explanation as to how the evidence UBS produced came to be generated, interpreted, and hence relied upon by the Bank in the case.

Those so-called DESY Deal Tickets, were in fact DESY Deal Prints generated from a Dealing System (named DESY), that was developed by UBS’ own IT Department. We needed to know what those deal prints were, what they signified (meant) in UBS Forex operations. The whole case came to revolve around “what is the meaning of a DESY Deal Print?” How would those deals be entered into the DESY dealing system, and came to be generated in an FX trade.

We had a natural right to know the “nature” of the alleged FX transactions (contained in the DESY system Deal Prints) which UBS produced in evidence from its own system, consequently forming the backbone of its case in defence.

Again, UBS unrelenting in its incredibly stubborn stance in the entire disclosure process, alleged “there is no DESY Deal System Operating Manual at the Bank”. How could this be?

DESY, is UBS’ very own house system, developed by UBS, for UBS own exclusive use, yet it alleges non-existence of a DESY system operation or trading manual.

We went along and asked UBS – ‘yet again’ – for “any” document that would help explain how its DESY system functioned, and what the nature of those three DESY Deal Prints were. Never failing to disappoint, UBS claimed and persisted in the claim: “UBS does not have any document in its possession which would explain how the DESY system operated at the Bank’s trading desk!”.

UBS’ continued in its stubborn stance in not providing anything like a proper disclosure. Its highly effective posture of frustrating all aspects of core disclosure in the case along the way, took years in the making, with the United Bank of Swindlers utilizing every imaginable (and unimaginable) venue, from which it can escape disclosure and its obligations under the court ordered disclosure process.

Years of unprecedented, frustrating disclosure process, coupled by equally ‘unprecedented’ issuing of Court Orders and “Letters of Requests” across various jurisdictions by UBS AG ‘against itself’. Unprecedented indeed, was how Lord Justice Longmore, of England’s High Court of Justice, described UBS request that his court issues Orders formulated by UBS, against UBS itself, for disclosure of documents from within UBS!.

Now that there is no case in court against UBS, and we had access to the DESY documents which expose UBS’ most outrageous and perjurious conduct. UBS lawyers – unashamedly – come forth brandishing UBS name and telling our webhosting agency, that the very same documents which UBS been vehemently denying the existence of, are now the property of the United Bank of Swindlers AG!

This act by UBS lawyers, constituted an effective admission, by UBS, that DESY Trading Manuals “did” exist at UBS all along. A truly unashamed, public declaration of outright perjury committed by UBS, its corrupt management, and fraud infested Private Bank.

One of the most shocking apects of the case was when a UBS lawyer, by the name of Graham Lovett (the firm Clifford Chance) who’s been promoted to full Partner at the firm for the sacrifices (perjuries) he committed on behalf of the world’s largest private banker, and a member of UBS’ DESY system development team, Harald Rieder, both testified, under oath, and in separate witness statements, that UBS’ DESY system “was decommissioed”, i.e. no longer used or operated by UBS. In essence, what they told the court was this: the DESY system is no longer in use by UBS!

Mr Lovett went even a step further (swept in the euphoria of the apparent successes of a long string of lies handed down to him by the United Bank of Swindlers) alleging that the DESY system had been “fully dismantled”, “taken apart” by UBS AG. And that those parts of the system were then sold off or sent to various PC systems manufacturers, IT junkyards!

Since we were unable to go inside UBS, to check if the DESY system was indeed decommissioned, or still being operated at the Bank. We tried gathering evidence from the outside.

Among the evidence that we gathered to prove that what Clifford Chance (UBS’ lawyers) were telling the court regarding an alleged decommissioning of the DESY system at UBS, was untrue, was an email exchange (*) between a prospective client of UBS Private Bank, and an employee of UBS Zurich Private Banking division. When the UBS employee was asked about the type of systems used by UBS to enter/register FX trades. His response was, that UBS uses a number of dealing systems like Reuters, EBS, etc, and (of course) UBS’ own in-house system, called DESY. When he was asked: but it is understood that the DESY Dealing System at bank UBS been decommissioned some time ago (put out of use in UBS, no longer at UBS since 1998). He responded, firmly and unequivocally, that that was simply untrue: “We -at UBS- still use DESY system to register client trades”. Adding: “indeed, if anything, the DESY system has only been upgraded at UBS”!.

This is a truly remarkable case in investment fraud and deceit, perpetrated by UBS AG, Switzerland’s largest bank, the world’s private banker.

As we continue to research and examine alternative venues from which to expose UBS Fraud and apply justice on the bank, it is immense importance to us, and we feel it is our duty to forewarn potential investors, of the seriousness and gravity inherent in the fraudulent nature and unethical conduct of UBS AG, its management and private bank employees.

We represent UBS AG, one of the world’s largest financial institutions. See www.ubs.com

We understand that you are hosting the site www.ubsfraud.com.

First, UBS is a registered trademark (see e.g. US Trademark Registration No. 1,573,828) and the use of the domain name infringes UBS’ rights and is likely to cause initial confusion as financial institutions often have websites designed for clients to report fraud.

Second, the UBSFraud site reproduces materials that are proprietary to UBS. This includes technical specifications and functions for a proprietary trading system that bears a copyright notice on its face. See http://www.ubsfraud.com/html/desy-dealing-system.htm

Finally, this is not the first time UBS has had to have the ubsfraud site taken down for copyright and trademark infringement. In August 2004, UBS filed a complaint with Aleron Broadband Services (now Cogent Communications), which formerly hosted the ubsfraud.com site. Due to the infringements, the site was take down. Apparently, this has not deterred the owner of the site from committing copyright and trademark infringement as he has simple re-registered the site with your company.

Based on the clear trademark and copyright infringement, UBS requests that the ubsfraud.com site be taken down immediately.

Please contact me if you have any questions and to let me know the status. My contact information is below.

UBS has a good faith belief that the material contained on the ubsfraud.com website is not authorized by UBS, its agent or the law. The information in this notice is accurate and I declare under penalty of perjury that I am authorized to act on behalf of UBS.